Enhance your stay with a holistic healing treatment designed to revitalize mind, body and soul. Navutu is proud to work with the top healers in town to offer our guests a wide range of holistic treatments.

It is a form of energy work using pranic healing that helps to increase, control and direct the universal life force or prana to give the client a more balanced and overall sense of well-being. You will also experience a beautiful sound bath using crystal and tibetan bowls – a beautiful way to bring you back into your body completing the healing session.

Reiki (Japanese for “universal life energy”) is a very gentle form of therapy with the goal of improving the flow of life energy in a person on the physical, emotional, and spiritual level. Reiki can bring similar benefits as traditional massage therapy, such as reducing stress, stimulating the immune system, increasing energy, and relieving pain or other symptoms of various health conditions. By balancing the nervous system, Reiki allows your body to rest deeply and therefore to heal itself. The techniques used are the direct laying on of hands, combined with no-touch (hovering within magnetic / energetic field) and visualization. During the treatment, the recipient is resting fully clothed.

Shiatsu is a form of manipulation by thumbs, fingers and palms to apply pressure to the skin to correct internal malfunctions, promote and maintain health, and prevent diseases. The techniques used in shiatsu include stretching, holding, and most commonly, leaning body weight into various points along key channels to help balance all the internal systems.

Acupuncture is an alternative medicine that treats patients with the insertion and manipulation of thin, solid needles in the body. Since its origins in Ancient China, acupuncture has been embedded in the concepts of Traditional Chinese Medicine. Its general theory is based on the premise that bodily functions are regulated by the flow of an energy-like entity called Qi (chi). Illness is caused by obstructed energy flow at certain points along the body’s meridians, or energy channels. Acupuncture therapy stimulates meridian flow and harmonizes the body’s energy to influence the health of both body and mind.

Pranic Healing (including chakra balancing) Pranic Healing is an ancient science and art of Healing physical and phsychological disorders that utilizes prana or ki or chi or life energy to heal holistically. Through years of research it was developed and synthesized by Grand Master Choa Kok Sui to accelerate the healing process. It is a highly effective no-touch, no-drug therapy that purifies the prana to heal ailments and provide solutions for day-to-day problems. It is meant to enhance your medical treatment, not meant to replace it. Increasing the prana in the chakras enhances the self-recovery mechanism of the body.

Kansa Wand Massage is a 5000-year-old Ayurvedic Wellness Therapy from the Indus Valley. The Kansa Wand is a wooden hand tool with a bronze dome at one end. The movement of the Wand over the body will help to remove toxins, revitalise the skin and balance the body’s natural energy centres known in Ayurvedic medicine as Marmas

It is often said that when you learn to control the breath the mind will follow. Pranayama is an ancient Indian practice that explores the relationship between the breath and the mind. ‘Prana’ means vital energy, which is found in all living things, and ‘yama’ means regulation. Through pranayama we learn how to regulate our energy and to quieten and focus the mind using the breath.

Yoga Nidra („Yogic Sleep“) is a specific form of guided meditation from the Himalayan Yogic tradition, where you are guided through specific steps, including body scans and visualisations, towards deep relaxation. You will be resting in the so-called hypnagogic or transitional state, which occurs between wakefulness and sleep: Your body and mind relax deeply, while you remain aware of the process.

A light touch approach to therapeutic bodyworks that can create dramatic improvements in your life, it is a gentle, non-invasive, hands-on healing modality that focuses on the wave-like rhythmic pulse that goes through the entire body. Known to be the powerful form of alternative therapy using touch to palpitate the synarthrodial joints of the cranium by applying light touches to your spine, sacrum and pelvic bones to regulate the flow of cerebrospinal fluid and aids in primary respiration.

The gentle art of clearing the cellular memory of the body by addressing imbalances in the human energy field promoting health, balance and relaxation at all levels of one’s being for preventing disease from manifesting in the first instance and helping to heal disease which is already present. 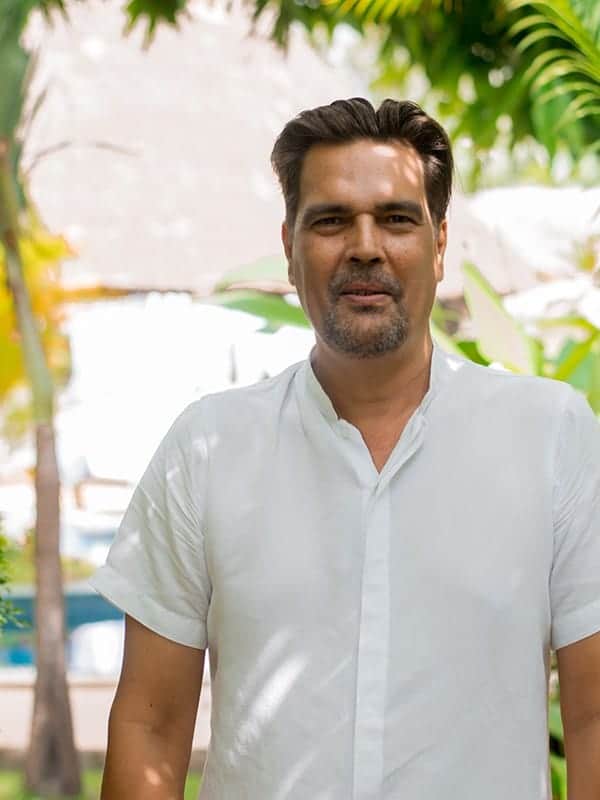 Pascal Wagenvoort our Medical Therapist was born in Utrecht, Netherlands. With a love of giving therapies, he followed his passion to complete a course in sports theraphy. Expanding his repertoire, he studied various forms of Shiatsu massage, including the Namikoshi, at the European Shiatsu Academy, of which he is still a member.

Originally Shiatsu was used to keep the body healthy but later proved that it’s a powerful tool in aiding bodily sickness, injury and recovery with the usage of fingers and hands. With many types of Shiatsu, Pascal favors the Namikoshi approach, as it uses direct finger pressure to the meridian points, thus allowing the body to react directly through reflexes and eliminate, through the bladder, the toxins that the body accumulates. 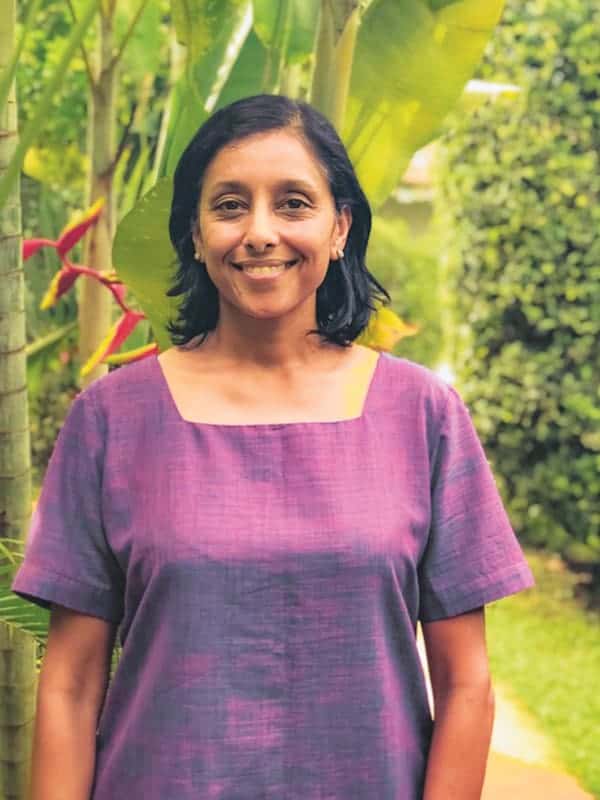 Navi was born in London but her passion for holistic therapy began in the birthplace of Kansa.  Childhood trips to the remote family home in Northern India always included long hours spent meditating in the temple or in the company of her enigmatic grandmother learning about the powerful healing properties of Kansa.

Today, Navi practices here in Siem Reap. The proximity to the sacred temples of Angkor provides a continuous flow of positive energy that can be channelled by the wands to magically enhance the Kansa experience. 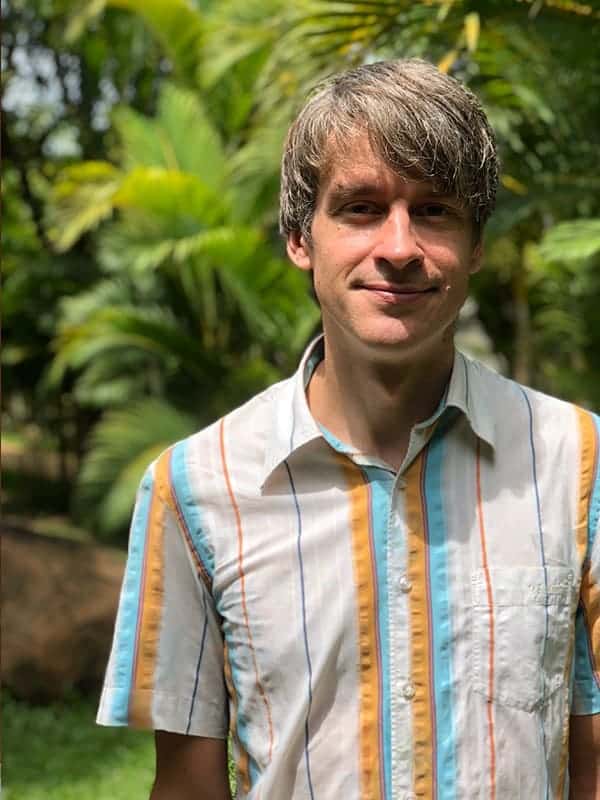 Julien Adam is a French Traditional Chinese Medicine practitioner whose humble beginnings started as a physiotherapist looking for ways to help people around him. He then realized the limitations of what he can do so he devoted his time in studying more. Julien’s interest in health brought him close to Chinese medicine and reluctantly found himself lost in the healing power of the art. He then continued his pursuit of expanding his knowledge of modern techniques and classical teachings by receiving training in osteopathy.

After working for 16 long years in France, he wanted to travel around and see how he can be of more impact. Now being a resident in Asia, Julien fell in love with Siem Reap. He has lived in Cambodia for the past six months and has been actively doing treatments from acupuncture, acupressure, osteopathy, TCM and many more.

Moving to Siem Reap has opened new doors for discovering different techniques with his treatments, being a medical specialist he incorporates all of these elements to his therapies to make it more effective. He’s also a long time practitioner of Qi Gong, Tai Chi and for him, maintaining harmony with your whole-being is one of the best thing you could achieve in your lifetime. 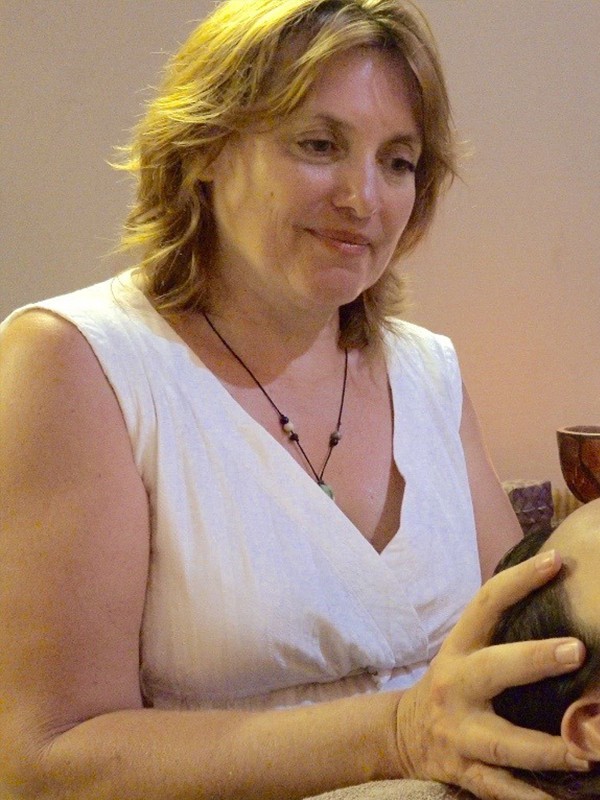 Sophie loves traveling and when she visited  Laos her whole life changed! This is where she experienced her first healing session who eventually trained her to be one.

Today, she lives in Cambodia, where she has been attracted by the energy and the beauty of the place. She treats expatriates, tourists, locals and animals that sometimes come at her door to ask for help!

Sophie is used to receive people or animals to whom the professionals of the medical or veterinary world are hopeless.

Having treated thousands of people and animals, Sophie can work precisely on people’s pain, whether on the physical, emotional, and spiritual levels.

Sophie’s credo: “Live now, since it’s the only one time on which we can act.” CARPE DIEM”

We’d love to hear from you and answer any question you might have. Tap the Whatsapp or Messenger Icon below and we’ll be right with you.